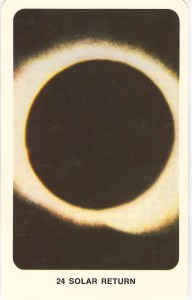 returning to the roots of personality,
astrological influences,
overcoming of obstacles through recognition.

Reflection about the setting of planets in 2010.
In this year of the Tiger we see 4 planets making a special course (i.c. they run a long time in the same star sign) to know;